I first fell in love with France and French history when I visited the Loire Valley as a college student studying abroad.

And the fascination stuck! If you haven’t noticed dear readers—but I suspect you have—three of my four historical novels are set entirely or significantly in France:

⚜️ RIBBONS OF SCARLET—Feel like starting a revolution? You’re in good company. Travel to 18th century Paris and meet seven amazing French women who fomented and fought in the French Revolution. RIBBONS, which I co-authored with five amazing fellow historical novelists, is a breathtaking epic novel illuminating the hopes, desires, and destinies of princesses and peasants, harlots and wives, fanatics and philosophers—unforgettable women who leave their distinctive marks on one of the most tumultuous and transformative events in history. But if anyone offers you a ride in a Tumbril just say NO! 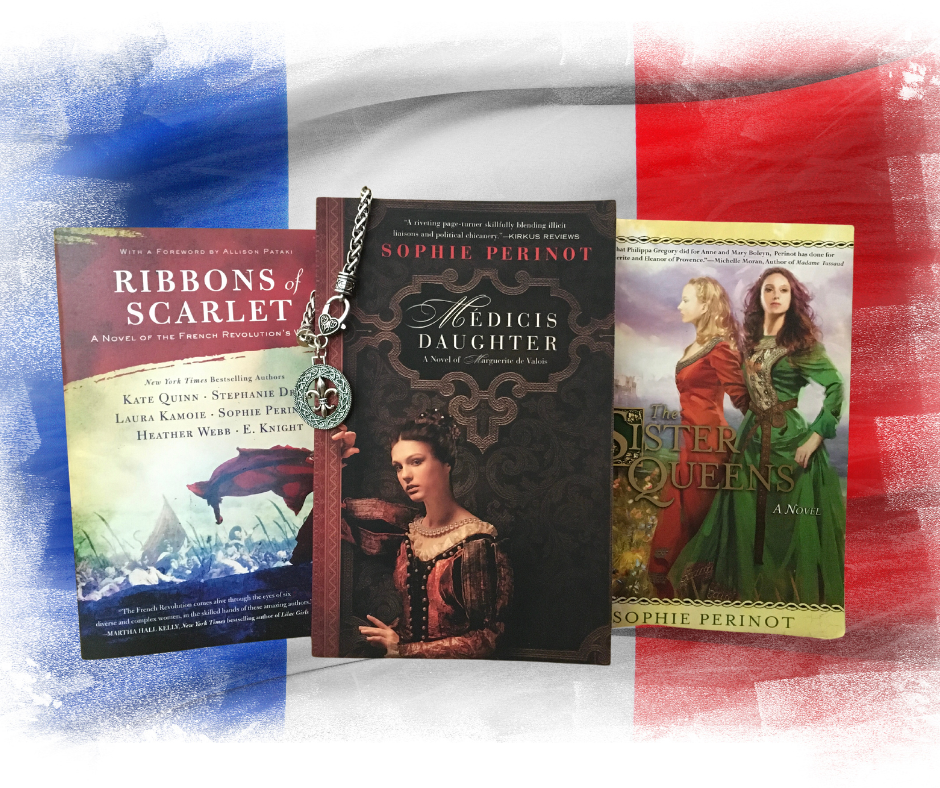 ⚜️ MÉDICIS DAUGHTER—Travel to 16th century France and visit the gorgeous palaces of the Loire and the steamy summer streets of Paris, with French Princess Marguerite de Valois. But be careful, Marguerite’s mother, Queen Catherine de Médicis is always plotting something . . . and a wrong move could be your last. Oh, and if you are invited to Marguerite’s wedding (her heart belongs to the handsome Duc de Guise, but her hand will be offered to Henri of Navarre, a Huguenot leader and a notorious heretic looking to seal a tenuous truce) you’d better dress for a massacre as well as dancing.

⚜️ THE SISTER QUEENS—This novel is 50% French. One of my sisters, Marguerite, is Queen of France in the 13th century, while the other—Eleanor—is Queen of England. Both were raised in Provence at the court of their father, the Count of Provence. And though they come to be separated by royal marriages, they are never truly parted.

For more about each book, check out its individual book tab! And for plenty of Francophile pleasing history, book-recommendations and more, peruse the archives of this blog!