It’s SPRING AT LAST!!!! And time for springtime refresh on my book trailer.🌷🌷🌷

If you are looking for a spring-time-afternoon-in-the-garden read and female-centered historical fiction is your passion . . . look no further than one of my novels!

MÉDICIS DAUGHTER—Visit the gorgeous palaces of the Loire valley while their gardens are in bloom with French Princess Marguerite de Valois. But be careful, Marguerite’s mother, Queen Catherine de Médicis is always plotting something . . . and a wrong move could be your last. Oh, and if you are invited to Marguerite’s wedding later this summer. . . you’d better dress for a massacre as well as dancing.

THE SISTER QUEENS—Spend part of your spring in Paris (is there anything better than springtime in Paris?) with Marguerite, Queen of France, then hop to England and join her beloved sister Eleanor Queen of England in the gardens at Westminster. Raised at the court of their father, the Count of Provence, Marguerite and Eleanor are separated by these royal marriages–but never truly parted. Marguerite is the more patient and perfect of the pair . . . used to being first. She wants to be a good wife and a good Queen, but her husband Louis IX is a religious zealot who denies himself the love and companionship his wife craves. Can Marguerite borrow enough of her sister’s boldness to grasp her chance for happiness in a forbidden love?

RIBBONS OF SCARLET—Have you ever felt like starting a revolution? You’re in good company. This spring Travel to 18th century Paris and meet seven amazing French women who fomented and fought in the French Revolution. RIBBONS is a breathtaking epic novel illuminating the hopes, desires, and destinies of princesses and peasants, harlots and wives, fanatics and philosophers—unforgettable women who leave their distinctive marks on one of the most tumultuous and transformative events in history. But if anyone offers you a ride in a Tumbril just say NO!

AT LAST THE DAY HAS ARRIVED!!!! So thrilled to announce the release of my latest novel Ribbons of Scarlet–an innovative and gripping novel about the French Revolution’s women. 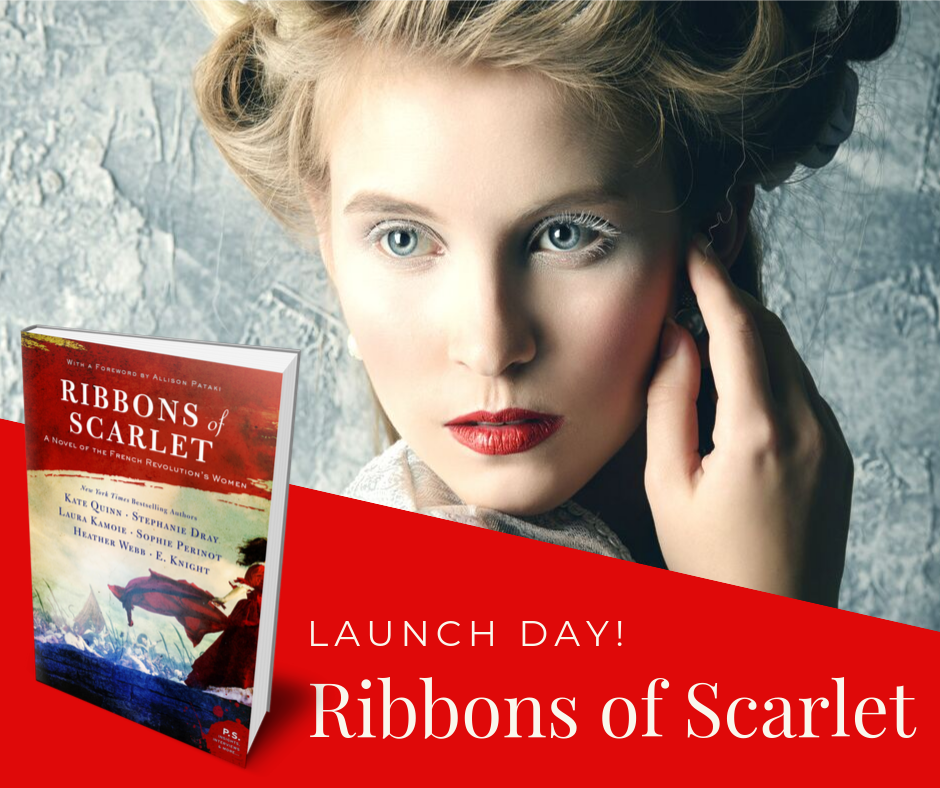 Ribbons of Scarlet is a timely story of the power of women to start a revolution – and change the world.

In late 18th-century France, women do not have a place in politics. But as the tide of revolution rises, women from gilded salons to the streets of Paris decide otherwise – upending a world order that has long oppressed them.

Blue-blooded Sophie de Grouchy believes in democracy, education, and equal rights for women and marries the only man in Paris who agrees. Emboldened to fight the injustices of King Louis XVI, Sophie aims to prove that an educated populace can govern itself – but one of her students, fruit-seller Louise Audu, is hungrier for bread and vengeance than learning. When the Bastille falls and Louise leads a women’s march to Versailles, the monarchy is forced to bend, but not without a fight. The king’s pious sister, Princess Elisabeth, takes a stand to defend her brother, spirit her family to safety, and restore the old order, even at the risk of her head.

But when fanatics use the newspapers to twist the revolution’s ideals into a new tyranny, even the women who toppled the monarchy are threatened by the guillotine. Putting her faith in the pen, brilliant political wife Manon Roland tries to write a way out of France’s blood-soaked Reign of Terror while pike-bearing Pauline Leon and steely Charlotte Corday embrace violence as the only way to save the nation. With justice corrupted by revenge, all the women must make impossible choices to survive – unless unlikely heroine and courtesan’s daughter Emilie de Sainte-Amaranthe can sway the man who controls France’s fate: the fearsome Robespierre.

⚜ PRAISE FOR RIBBONS OF SCARLET ⚜

Sure to appeal to devotees of historical fiction, feminists, and those looking for a stirring #metoo read

Ambition. Heartache. Scandal. Brilliantly executed portrayal of women’s participation in the French Revolution. I cannot think of a better way for you to spend your time than reading this book.

HERstory at its finest; this novel of the French Revolution, collaboratively written by titans of Historical Fiction, brings women to the forefront of the time know as the Terror. This novel has it all; the ability to move, entertain, educate, and inspire. 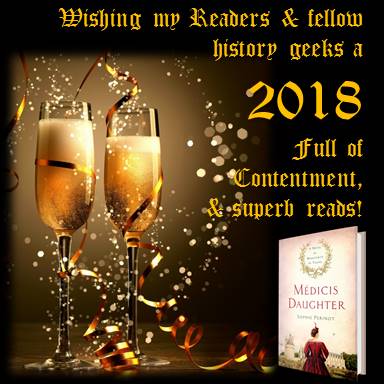 Super excited to see MÉDICIS DAUGHTER on this list of “Books About Epic Rivalries,” especially alongside books by some authors I personally love. https://media.bookbub.com/blog/2017/03/27/historical-fiction-books-about-rivalries/

March 6th is a good day for debuts.  One hundred and sixty years ago today (March 6, 1853)   La Traviata premiered at the La Fenice opera house in Venice.  One year ago today (March 6, 2012) my debut novel, The Sister Queens, hit shelves.  Auspicious.  And while I never expect to be as popular as Verdi, I’ve been overwhelmed by the generous responses of critics and the kind and often moving responses of readers.  Thanks all! 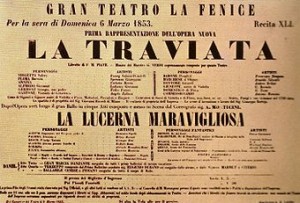 Readers—Visit my Sister Queens Facebook page for instructions on how to get one of twenty signed bookplates (there are still a few left) for your copy of The Sister Queens.

Writer friends — The day after its premiere Giuseppe Verdi worried that La Traviata was a failure so EVERYBODY has artistic angst.  Have faith in your work and its ability to find an audience. 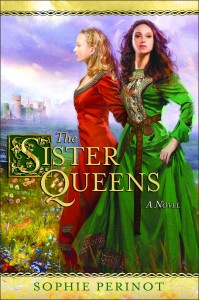 Finally, for those who haven’t tried The Sister Queens yet — I believe that Amazon still has the book on sale for $6 a copy (limit 2).  Wouldn’t now be an excellent time to add it to your TBR pile? 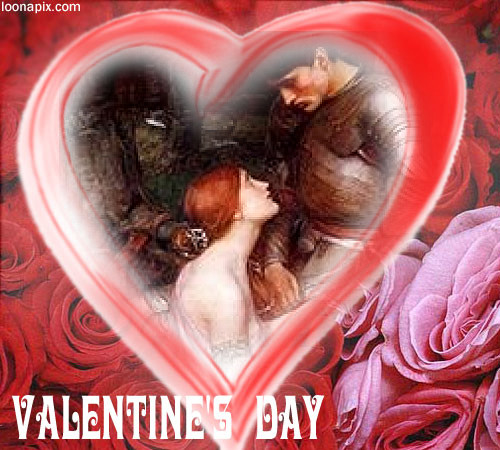 I  might rather be Eleanor with her faithful Henry, but when it comes to the sort of on-fire, head-over-heels love usually associated with Valentines Day, Marguerite and Jean carry the day.

I am very pleased to announce that The Sister Queens is a TOP PICKS of 2012 for historical fiction at Let Them Read Books (and in the august company of CW Gortner and Robin Maxwell no less).  See which books made Jenny’s list for historical fiction, historical romance and historical fantasy and enter to WIN a title of your choice as part of the “Historical Holiday Blog Hop”.

I’ve been thinking about the power of clothing.

I do this a lot because I am both a) rather strangely obsessed with historical clothing and b) profoundly dissatisfied with how we dress in modern times.  Look around you – almost nobody looks spiffy.  Rather, nearly everyone looks like they thought they would be spending the day lolling about on the floor of a college dorm room ( even the 50 year old executives on the metro on “casual Friday”) or like they’ve been under the weather so they never quite got out of their sweats.

It used to be that clothes reflected a person’s status.  Sumptuary laws made certain that only those at the top of the pecking order were allowed to wear certain materials.  You knew a king when you saw one.  I am not advocating a return to class-distinction by wardrobe.  By no means.  But who would have predicted when dress was democratized that a race to the bottom would begin?  Yet today, after hundreds of years during which tradesmen and later the middle class tried to dress up a socio-economic level (or two),  people willingly leave their homes in such a slovenly state that, but for their hygiene and the fact they have their teeth, they could pass for peasants.

All this “casual” dress is done in the name of comfort, but there is no reason in the world why nice, properly pressed clothing can’t be comfortable.  And if it is not as comfortable as just throwing on any old rumpled thing, isn’t personal pride worth a modicum of sacrifice?

Yesterday over at Steampunk.com there was a discussion of the 2013 Prada Fall/Winter line.  They were, of course, interested in the steampunkiness of the collection but I saw lots of historical references in the garments.  I was struck by just how good the models all looked—even Willem Dafoe who has looked slightly seedy and decrepit for years.  They look powerful, confident, sharp and generally more attractive then when you see them in modern clothing (go ahead, Google Gary Oldman and compare an image of him in street clothing to those of him in the Prada).  This confirmed something I’ve suspected for a long time—almost everyone looks better “dressed-up” (as in properly, neatly and relatively formally attired).

If you want further proof compare pictures from people in your own life  when they look “thrown together” with those where they are “sharply dressed.”  I mean there is a reason we tend to put on more formal clothing for auspicious occasions—we want to look our best.  You didn’t wear flip flops, sweats and a tee-shirt for your wedding right? (please, PLEASE tell me you didn’t).  To illustrate my point, here are two pictures of the same young man (a daughter’s boyfriend).  In the first he is dressed in typical college wear, in the other in a vintage bespoke 1939 tailcoat.  Not close is it? 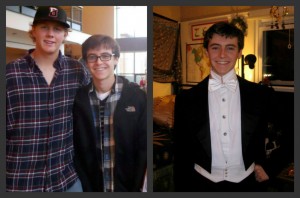 I concede (though it gives me no pleasure) that the days of dressing for dinner are past, and that going back to styles which require the assistance of a valet or ladies maid is out of the question.  But surely it is not too late to bring back pride in personal appearance and the idea that different clothing is appropriate for different settings (work vs. cutting your lawn)?

Maybe what we really need is this fellow.  Is he rude in this sketch—yes.  Is it meant to be funny—of course.  But have we all seen people dressed like this and thought they were “a turd”—I sure have.

I’ve been tagged by author, Erika Robuck, whose novel Hemingway’s Girl will be out this September  with NAL (same imprint as The Sister Queens).   To play the game, she instructed me to do the following:

In this scene from The Sister Queens, Eleanor of Provence’s brother-in-law, the Earl Richard, returns to the English royal court furious over the secret marriage of his sister to Simon de Montfort.  The Earl confronts King Henry III during court festivities, interrupting Eleanor and Henry while they are dancing.   Without further ado, here are seven sentences (or thereabouts) from the 77th page of The Sister Queens:

Her welfare?  If that is all that worries you, be done.  Lady Montfort is quite abundantly happy with her situation.”  For the first time Henry looks in my direction.  “Is that not so Eleanor?  Our sister writes to the Queen glowingly of her new husband.”

“This is not a fanciful troubadour’s romance!  It is a royal marriage!  It ought not to be managed by women.”

My Uncle, silent himself, gives me a meaningful look, warning me to hold my tongue.

Now, I’ll tag 7  brilliant authors to give us teasers of their own: 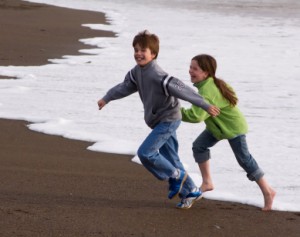 Visit their websites in the next few days to get a peek into their latest work and discover who they’ll tag in turn.  Nothing like a little game to start the weekend.