As my anniversary blog-tour continues I’ve dropped in at A Chick Who Reads to talk about a scratchy but fascinating subject—the hair-shirt and its place in medieval regimes of self-mortification. But even if you are neither a devotee of hair-shirts as Louis IX of France was nor intrigued by them as I have been since childhood there’s good reason to check out my post. Chick is hosting a giveaway, one of THREE currently on-going. 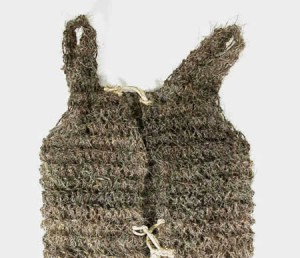 Yep at the present moment there are THREE copies of The Sister Queens up for grabs in the blog-o-sphere. Besides Chick’s giveaway (which ends on October 19th), In the Hammock Blog is running a giveaway ending October 21st and Teddy Rose at So Many Precious Books So Little Time is hosting one that ends on October 25th. So spread the word to friends who’ve been waiting to read The Sister Queens until the time is right. That moment is now and with three chances to win their copy may be free. No hair-shirt necessary to win.