In October of 1254 Henry III and Eleanor of Provence receive permission from Louis IX of France to travel through his kingdom while making their way back to England from Gascony.

King Henry is eager to visit the grave of his mother, Isabella of Angoulême,  at Fontevrault Abbey.  Eleanor is excited by the prospect of seeing her sister Marguerite (Queen of France) after nearly two decades of separation.  The stage is set for a family reunion between Provencal sisters and a meeting of their royal husbands during the Christmas season.

Mid September 1248 – The French crusaders land in the Kingdom of Cyprus where they will winter before continuing on to the Holy Land.  King Louis IX; his queen, Marguerite of Provence; his brothers Robert and Charles and their wives all arrive on the same ship.  Pulling into port they are greeted by an overwhelming and very reassuring sight—vast quantities of supplies for their crusade.  These stores are tangible proof of the efficacy of Louis’s hard work and planning in the years before they left France. 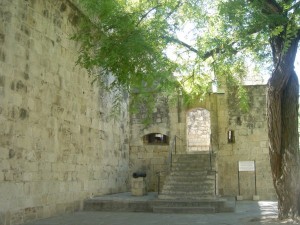