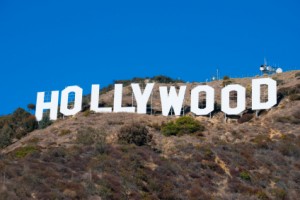 I don’t play fantasy sports (real sports either for the record), but as a reader and writer I participate in something similar—fantasy casting. I bet you do too. Certain novels just read like movies, filling my head with images of people, places and situations so vivid that I might be watching the action unfold on a screen. I know EXACTLY who I’d like to see play particular characters in some of my favorite novels but, sadly, no one inHollywood ever rings me up when they are making a movie out of a book and says “cast this baby for us.”

Hence the fantasy casting.  Because when real-life constraints—money, an actor’s age, and/or even whether he/she is still among the living—are set aside I can have any book made into a movie starring precisely who I envision in each role. Bliss.

Of course my fantasy cast is not your fantasy cast. And that’s another upside from my point of view. If I prefer Glenda Jackson asElizabeth I (a role she nailed on the BBC before many of you were born) and you prefer Cate Blanchett that’s just fine. We can each pop some popcorn, pull up our respective hassocks, settle down with the very same book in hand and watch the action on the tiny screens in our head featuring our choice. It’s a fantasy remember 🙂

But for some reason while I’ve been busy casting other writer’s historical novels I never thought about a fantasy cast for The Sister Queens . . . until yesterday. That’s when a pair of talented writer friends (Lydia Netzer and Nancy Bilyeau) pointed out how cinemographic my novel is and started making casting suggestions of their own.

Next thing you knew we had a pretty good list going. I knew it was time to share, and more than that to solicit readers’ opinions. So, in a sort of “We’ll show you our if you show us yours” gesture, I am putting our current fantasy casting ideas out on the table and counting on you to reciprocate. Who do you see playing Louis IX? Eleanor? Jean? The Dragon of Castile? DO TELL (that’s what comments sections are made for)!

Marguerite: (I’ll admit I see my eldest daughter in this role so thank heavens for the suggestions of others) Romola Garai, Saoirse Ronan, Keira Knightly

Louis IX: Julian Sands (when he was younger), Rupert Penry-Jones (ditto. Or he could play Henry as he currently is), Keith Ledger (told you we included the dead), Alex Pettfer, Raymond Coulthard, Douglas Booth (if he isn’t playing Jean)

Jean de Joinville:  Douglas Booth (if you didn’t see him in the recent Masterpiece Great Expectations, click the link—it will be apparent why he is my first choice), Kit Harington (you know, Jon Snow in Game of Thrones), a younger Joseph Fiennes (particular if his brother played Henry), Henry Cavill, Jamie Bell (right age for the start of the action but later?), Jeremy Irvine, Orlando Bloom (who might also play Louis if he put in those contacts he wore for Legolas)

Henry III:  Michael Fassbender (yeah he is too good looking – so?), Seth Green, Daniel Auteuil (in younger days), Sean Bean (and for once he wouldn’t have to DIE in a movie), Johnny Lee Miller, Rupert Penry-Jones.