After the finale of CW’s Reign—which featured a cameo by the youngest Valois Princess, Marguerite—a number of the shows fans have reached out to me about who Margot was.  Of course I’ve written a whole novel on that 😉 but I thought I might do a few posts showing how Margot’s life overlapped with that of Mary Queen of Scots while that lady was in France.

Margot and Mary #1:  As a little girl Princess Margot passed significant time with Mary Queen of Scots.  In fact, the French Princess and youngest daughter of Catherine de Médicis passed her earliest years at Saint-Germain in the company of her elder sisters Elisabeth (destined to be Queen of Spain) and Claude (future Duchess of Lorraine), and her future sister-in-law Mary Stuart. 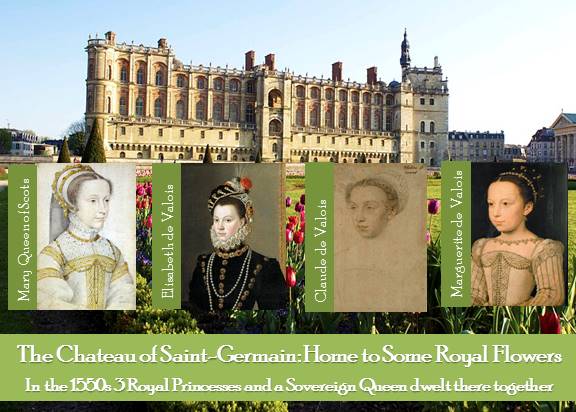 After Margot’s sisters married (the last married in 1559 when Margot was 6) she spent most of her time at the Château de Vincennes with her younger brothers Henri (Duc d’Anjou) and François (at that time—before the death of Francis II and before his confirmation—called Hercule. Then the Massacre of Vassy occurred (March 1562) and Catherine de Médicis kept only her son Henri with her while sending her two youngest—Margot and François—to Amboise. The Château of Amboise was chosen because it was peaceful and sufficiently removed from the theater of war to prove a safe retreat.  It is at this Château, with Margot anticipating a visit from her powerful mother, that my novel MÉDICIS DAUGHTER begins. 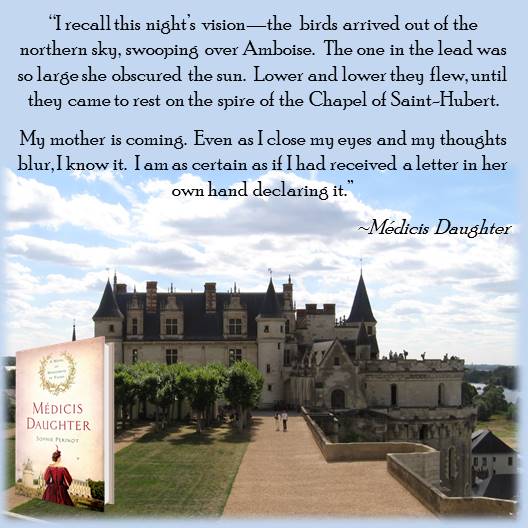