Light is a frequent literary device. It can be an emblem of hope, a way to see what has been hidden, even a method of symbolically driving back demons.  This month a collection of historical novelists, including myself, have decided to use light in all those ways, by creating a weekly blog event (#LightOnOurLadies) to illuminate the historical women at the center of our writings. The main character in my next novel, Médicis Daughter, is profoundly in need of such illumination. 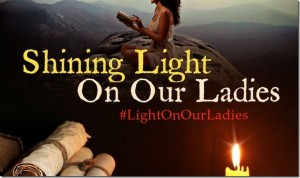 History has not been kind to 16th century French Princess Marguerite de Valois. In fact, she has been quite viciously misremembered as a wanton and a woman without substance. Before I explain how I think that happened, please allow me to shine a little light on the real Marguerite.

Born at the Château of Saint-Germain overlooking the Seine, as her father had been before her, Marguerite (or Margot as she was affectionately called) was the eighth child of King Henri II of France and Queen Catherine de Médicis.  Described by the poet Ronsard as tall and graceful, with fine pale skin, sparkling black eyes, and chestnut hair, Margot stood out even at a Court renowned for its beauties. But she had more than looks going for her—far more. A true granddaughter of François I, Margot was highly intelligent. She loved books, and often got so swept away by them that she forgot to eat or sleep (sound familiar to anyone reading this?). As a mature woman, Margot was a serious and influential force in the literary life of France. A student of more than literature, Margot was a solid classics scholar. She spoke multiple languages fluently, and also had a genuine talent for public speaking. This she was frequently asked to do, often representing one royal brother or another. Finally Margot had a keen grasp of the fine points of statecraft. Arguably her political acumen exceeded that of her brothers, making her the most similar of all her siblings to her strong-willed, politically expert mother, Catherine de Médicis. 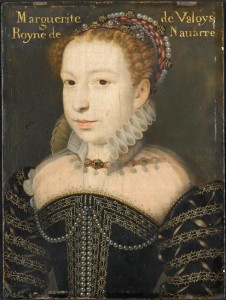 Why then, if Margot was as competent as she was pretty is she so little remembered? And when recalled, why is Margot depicted not as she was, but as lascivious and nearly amoral?

To put it simply, Marguerite de Valois was a victim of poor timing. She was born at the end of her dynasty.

When a royal house expires, its last years are generally recounted by people who have political and personal agendas that make it tempting to denigrate their predecessors. Such was the fate of Valois in the late 16th Century. Slander and denigration of royal family began during their lifetimes, largely fed by the tensions and rivalries of a vicious series of wars (the French Wars of Religion) that stretched from the early 1560s beyond the end of the Valois reign. No member of the Valois was exempt from the attacks of gossips, or from the writings of anonymous political pamphleteers.  Anti-Valois propagandists seeking to degrade Marguerite chose that easiest and most ancient path for destroying a woman: assertions of rabid sexual desire and wanton conduct.

Slanderous talk about Margot began early among her family’s enemies, but she owes most of the lasting defamation of her character to a single printed work, Le divorce Satyrique. This malicious pamphlet was composed in her lifetime.  It mocked and insulted Margot as it set out grounds for a proposed annulment of her marriage to Henri de Bourbon. Margot’s cousin/husband was no longer merely King of the Navarre, but King Henri IV of France—and a king in need of an heir. We all know that a King in need of an heir will do what it takes to be rid of a queen who cannot give him one.  So, grounds for an annulment were created and printed.  That such a piece of propaganda should have been taken up as fact and treated as history for so long may seem astounding to us today, but early chroniclers of the French court were often not particularly concerned with objectivity. Nor were early historians. As Robert Ja Sealy remarks in The Myth of the Reine Margot, “the documentary sources for our knowledge. . . were written during the wars of religion and, all too frequently are colored by political expediency . . .”  Objectivity as a goal rather than a veneer is a rather recent requirement for history and historians. Even some of the histories written in the 19th and early 20th centuries make no pretense at objectivity in recounting the period of the Wars of Religion. Rather, their authors unabashedly announce in their prefaces which side they are on. Margot, considered not a particularly important historical player, remained largely unexamined.  The myths about her grew and thrived in darkness. 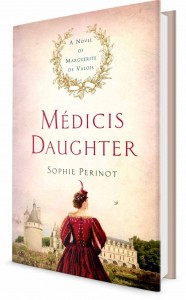 In Médicis Daughter I’ve focused a strong and clear light on the historical Marguerite, creating a coming-of-age story that does her better justice than she received from Valois disparagers, or from those later historians who saw no reason to look more closely.  Médicis Daughter releases six weeks from today. To learn more about the book, visit the novel’s page at Amazon, or on Facebook.

As part of the Shining Light on Our Ladies Tour,  please meet my fellow authors Helen Hollick and Alison Morton… and their ladies 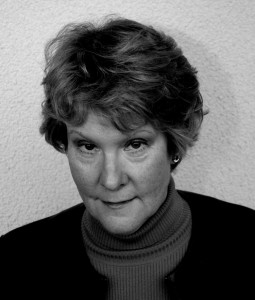 Alison Morton is a woman after my own heart.

Raised by a feminist mother and an ex-military father, it never occurred to Alison Morton that women couldn’t serve their country in the armed forces. After six years, she left as a captain, having done all sorts of interesting and exciting things she can’t talk about, even now… 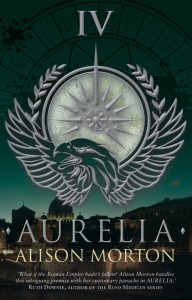 Fascinated by the complex, power and value-driven Roman civilisation since childhood, she wondered what a modern Roman society would be like if run by strong women…

…  AURELIA:  Late in 1960s, Aurelia is sent to Berlin to investigate silver smuggling, former Praetorian Aurelia Mitela barely escapes a near-lethal trap.  Her old enemy is at the heart of all her troubles and she pursues him back home to Roma Nova but he has struck at her most vulnerable point her young daughter. Please visit Alison (and Aurelia) to read more – and a chance to win a paperback copy of Aurelia 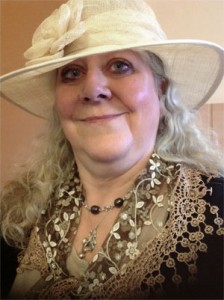 Helen Hollick is a fierce advocate for Indie Authors.

She lives on a thirteen-acre farm in Devon, England. Born in London, Helen wrote pony stories as a teenager, moved to science-fiction and fantasy, and then discovered historical fiction. Published for over twenty years with her Arthurian Trilogy, and the 1066 era, she became a ‘USA Today’ bestseller with Forever Queen. She also writes the Sea Witch Voyages, pirate-based fantasy adventures. As a supporter of Indie Authors she is Managing Editor for the Historical Novel Society Indie Reviews, and inaugurated the HNS Indie Award.

On her blog today Helen introduces some ladies from the Court of King Arthur, except this ‘court’ is set in 5th century Britain and her Gwenhwyfar, Morgause and Morgaine are very different from the ladies of the Medieval tales! 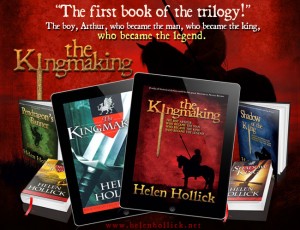 ENJOYING THE SHINING LIGHT ON OUR LADIES TOUR?  Then please join us again NEXT TUESDAY when we set sail with Captain Jesamiah Acorne’s ladies aboard Sea Witch, meet a lady surgeon disguised as a man aboard another ship, and are introduced to lady  blackmailed into marrying a knight….