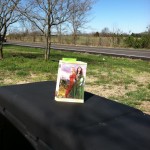 I can’t believe it – today marks the 7-week anniversary since launch day for The Sister Queens.  Never have weeks rolled by so quickly!

Much of the time I’ll admit I was lost in a blur of blog appearances and promotional duties, so I may have fallen short of my pre-launch pledge to “savor every moment.”  But just because I was dazed doesn’t mean I didn’t’ enjoy myself!  Highlights included a marvelous Moroccan dinner at the home of a woman who “won” me in a school auction; an on-line author chat where I shared the virtual floor with the talented Christy English; and a well-attended outing at Barnes & Noble where the incomparable Kate Quinn & Stephanie Dray joined me for a lively discussion of “Sex, Lies and History: A Literary Threesome.”

And then of courses there were the reviews.  The Sister Queens was privileged (and I was humbled) to receive more than two-dozen on-line reviews from book bloggers and on-line publications during its first seven weeks on the market.  If you are interested in reading some of the many good things that have been written about The Sister Queens, check out the “reviews” category here at the blog—it should take you directly to some of my “highlight” posts complete with links to full reviews.  Besides these “official” opinions, many readers have taken the time to share what they thought about the book at Goodreads and Amazon.  To everyone who has taken a moment to let me know whether by review, letter or email, how you felt about my debut effort, thank you!  To all my “queen-spotters” (some of whose pictures dot this post), I appreciate your time, your enthusiasm and your photographic skills.  My collage is filling in nicely.  Over all then I am feeling pretty grateful to say the least! 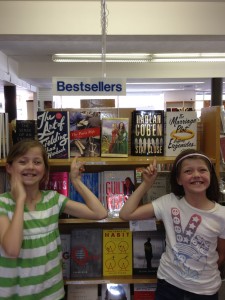 But, even as I bask in the glow of a successful release, I know this is no time to take things easy.  In the first weeks after its release a book is the latest thing.  It’s on all those glamorous, sexy  front bookstore tables under signs like “New Releases” or “Notable in Paperback”  The internet hums with talk of an author with a new release and of her book.  New is exciting.  I am not new anymore.  But I still want to be exciting!  In the next seven weeks, even as I shift my attention more and more to my wip, I will still have an eye on The Sister Queens.  I hope you will too oh faithful readers.  The optimist inside me says that book lovers—unlike those who find the majority of their entertainment electronically—still have nice long attention spans in a era of sound-bites.  Here’s hoping I am right!