Today we are precisely FOUR WEEKS away from the Launch of “A Day of Fire,” the high-concept novel-in-six-parts that I’ve written with Ben Kane, Kate Quinn, Stephanie Dray, Eliza Knight and Vicky Alvear Shecter.  The novel is already available for pre-order at Amazon, but in honor of the countdown to release, I’d like to share some lovely illustrated quotes to give you a taste of the tales the volume contains. 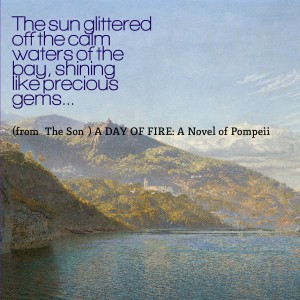 A boy loses his innocence in Pompeii’s flourishing streets.

An heiress dreads her wedding day, not knowing it will be swallowed by fire. 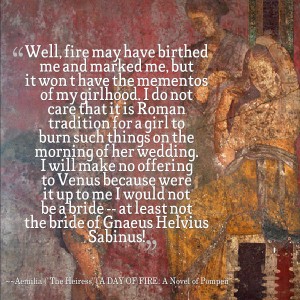 An ex-legionary stakes his entire future on a gladiator bout destined never to be finished. 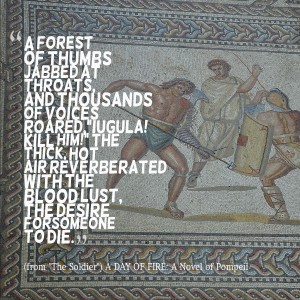 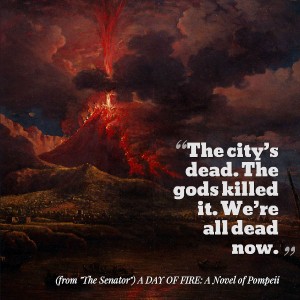 A crippled senator welcomes death, until a tomboy on horseback comes to his rescue.

A young mother faces an impossible choice for her unborn child as the ash falls. 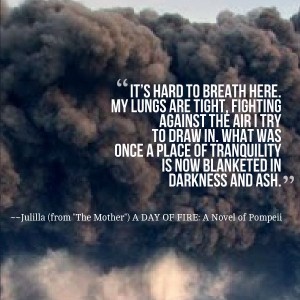 A priestess and a whore seek redemption and resurrection as the town is buried. 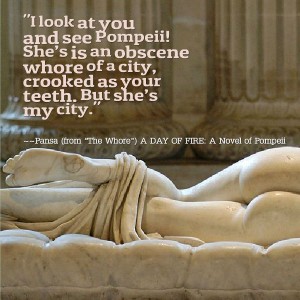 Visit “A Day of Fire’s” Facebook page to learn how you could win the book by correctly identifying which author wrote which quote.